MAKING OF A GIRL 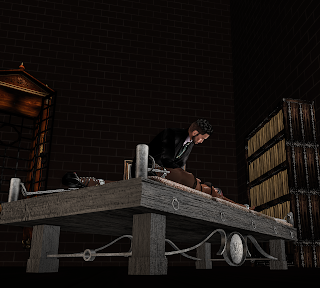 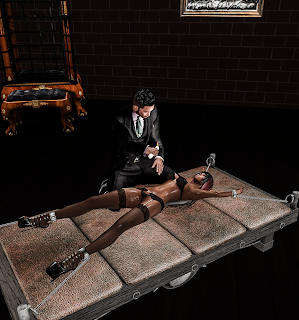 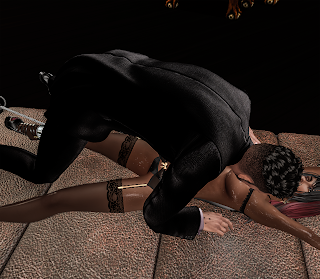 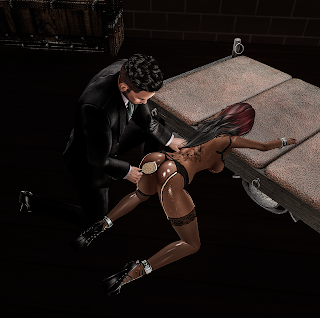 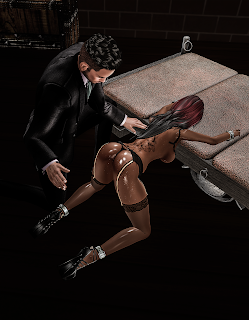 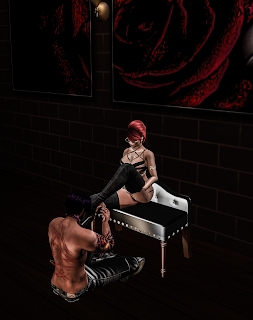 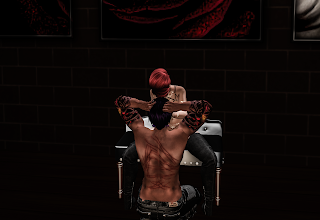 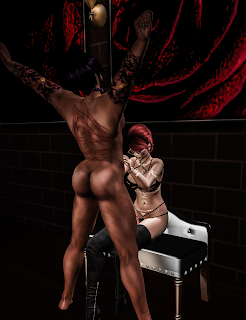 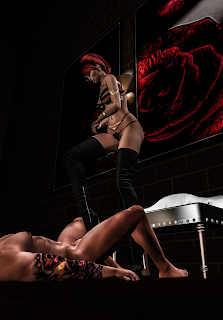 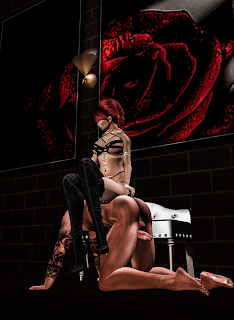 He watched her cross the room and lay on the table with a shy blush to her cheeks.  The lotion warmed in his hand as he rubbed them together while his eyes took in every curve of her slender body.  He smiled at her, but that only made her blush more and turn away.

"Thank you, S..." She stopped herself, but his mind raced.  She laid back on the soft massage table and closed her eyes.  He couldn't help but notice the firm protrusion of her nipples underneath the small bikini top.  His hands touched her legs and her breath caught in her chest.  It was fleeting, but there.  As his hands worked down her smooth skin, the pressed firmly, caressing the muscles to work away the tension.  He could feel her body melting under his touch which only made his interest grow. 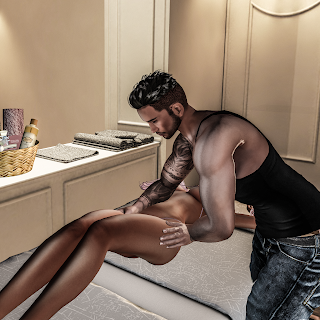 He took her foot in his hands, his tumbs pressing into the arches as they kneaded them in small circles.  Her eyes were still closed which allowed him to watch the rise and fall of her chest as her breathing changed.  It also allowed him to slowly shift and pull at her leg, opening them to give a view of her barely covered mound.  The tiny bikini did little to hide the shape of her lips, or the small wet spot that was forming.

He took the time to lift her feet high as he worked them, letting his breath brush across the tips of her toes.  She bit her lip and dug her nails across the padding of the table.  Her body was becoming responsive to him, and he knew he had to have her.

Moving along her legs again, paying some attention to her calves, as he crept his way up to her thighs once more.  Then, pulling one leg over the other, the turned her onto her stomach.  Starting at her heel, he caressed her calves and thighs with his strong hands.  Her hips rocked a bit as his hands found their way up her thighs. 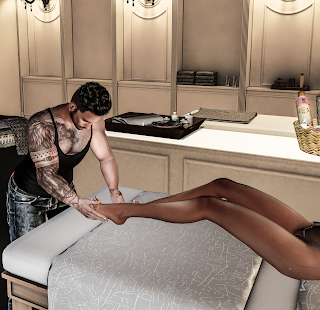 Sensing his opportunity, he climbed up on the table and laid his weight down onto her legs.  Pinning her there beneath him as his hands gripped her round ass.  Her arms moved forward, gripping the edge of the table as she buried her head in the pillow and stifled a moan.  It was barely audible, but it was there.  His fingers dug into her fleshy cheeks, working them while his bulge pushed against her thigh.  He knew she could feel it, it was risky but worth it when she pushed just a bit against him.

With a devil's grin he slapped her ass, watching the smooth skin turn pink.  She sucked in a deep breath and moaned out Sir, confirming what he felt the moment he saw her.  His fingers returned to working her flesh, thumbs teasing her tiny bud in light little strokes that made her entire body tremble. 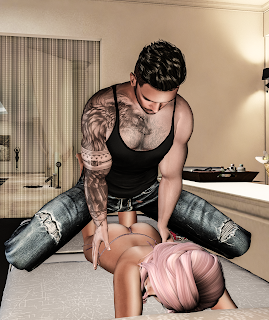 He moved up farther now, becoming bolder as he applied more oil and began rubbing it in.  Her skin reflected the light as he worked the fragrant potion into her flesh.  He caught the string of her bikini top, untying it and pulling it from beneath her.  She arched up, letting it be taken from her without a fight.  He saw her breast for a moment, those nipples hard as diamonds as they dangled above the table before she laid down again.  He massaged her shoulders and neck, feeling her completely relax under his control.

Without a word exchanged between them now, he slide his hands down her sides, hooking his thumbs in the straps of her bikini.  Her body lifted, knowing what he wanted and giving it to him.  Those tiny bottoms slipped off easily, leaving her naked before him.  The blush in her cheeks gone now.  She no longer appeared a shy girl.  She had the look of a lustful woman who knew what was needed of her. 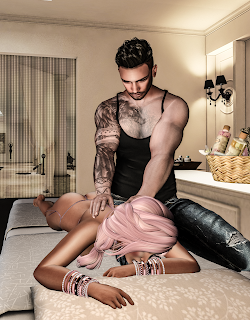 He pulled her up, looking her in the eyes as his hand found the back of her neck.  Holding her there, eyes locked on each other as the moment hung in the air.  The unspoken vow suddenly sealed with a kiss as he pulled her to him.  Their lips meeting in parted groans as he asserted his dominance.  His weight pushed her legs apart as her arms wrapped around his shoulders.  Their tongues battled in a heated exchange while his hands moved across her curves.

She was his now, and he might never let her go. 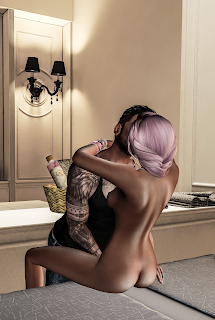