Hey gang.  It's been a while since I did a review so I thought I'd take a bit and go over the ::WS:: Deviant Pipe.  I got to use it in a story recently and maybe a time or two since then.  Gotta say, it's perfect for a little dark alley capture RP.

The pipe itself is simple in appearance, which is a benefit.  You can rez it out and slap it almost anywhere.  In an alley, dungeon, basement... anywhere that is suitable for your RP fun.  The quality itself is up to the normal standards of ::WS::.  IF you ask me, where it excels is being smart enough not to over do it.  It would be simple to try to hard with a piece that should be dedicated to blending into an environment.  There is even leaking from the pipe that can be adjusted, though I didn't try that out. 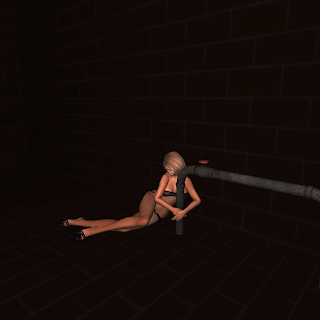 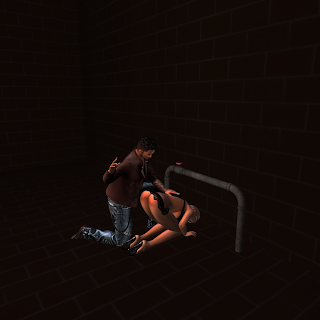 The RLV options and support work well and have several things to choose from, including capture, recapture and time clock.  As always with the ::WS:: furniture, it's Xcite, Aeros, Sensations, and It's Not Mine supported. 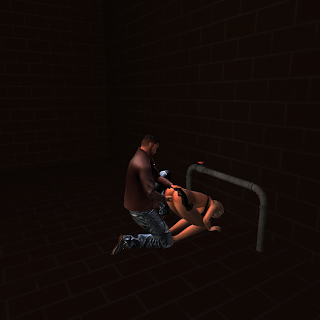 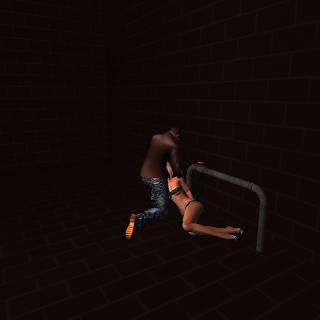 So for the verdict.. I give the ::WS:: Deviant Pipe at whopping 4.5 cocks up.  The team should be proud of this one and it should find it's way into many a happy dungeon or urban RP SIM near you.

Thanks again and keep those freak flags flying. 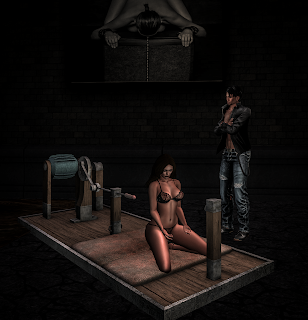 He crossed to her with his arms crossed over his chest. His anger boiled in the pit of his stomach when he looked at her. The temptress who dared to try and break him. Oh she had come close, but she had failed. He would show her tonight just how he dealt with those who tried to take away his power.

“Have you decided to apologize yet?” He looked down at her, she was on her hands and knees in front of the machine. It had been a while since he had used it, but this was the perfect chance to try it again. He had placed her there an hour ago, left her with the only one instruction. Don't move.

“I have nothing to apologize for, Sir.” Her arms and legs trembled, but her face was defiant. She never could accept her own mistakes.

“You play games with me and you get punished. Your apology could spare you some discomfort.” He moved to the cabinet and pulled out the flogger. She glanced back and him and he saw her bite her lip. Even from here he knew she had trembled.

“No Sir. I wont apologize.” Her arms lowered just a bit, raising her ass in anticipation of what was to come. 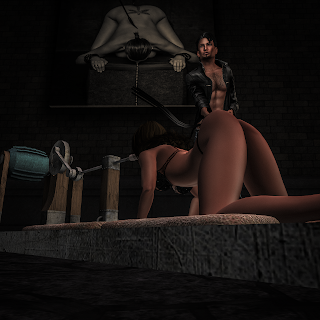 He draped the leather across her back, letting the tips brush back and forth across her skin lightly, awakening the nerves to make them more sensitive. Spinning his arm, he brought the flogger down across her back with a low slapping sound of the strands as the hit her flesh. The pink trails across her skin showing him just where they struck.

“Fuckkkk..” Her had fell down, breath caught in her throat as he saw the pain displayed in her clenched fists.

The second and third hits fell across her thighs and ass. She didn't speak this time, but her body shook and he could see the tear that streaked along her cheek. He took the handle of the flogger and rubbed it along the soft mound of her panties. The woman flinched, then pushed harder against it.

“Do you have anything to say?”

She shook her head but didn't make a sound through her clenched teeth. Over the next minutes he delivered strike after strike across her hips, ass, thighs, and back. Her flesh looked as if on fire when he stopped at last. She sobbed but raised back up on her arms and legs. He admired her defiance, but he still knew she was wrong. 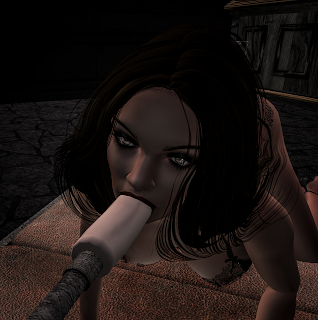 Turning her around, gripping her jaw and digging his fingers in to part her lips and teeth, he guided the machine's outstretched dildo into her mouth. She began to suck it, though he wasn't sure if she did so out of desire to please, a need to be naughty, or fear of getting flogged again. The sounds of her slurping and sucking filled the room as his hand gripped her hair and pushed her farther along. She gagged frequently and the tears slowed but did not stop. He took great pleasure in hearing the gasps as she fought to breathe and way her breasts looked covered in her dripping saliva.

“Do you have anything to say to me now?” His eyes burned with lust for the body before him, but he could not give her that satisfaction.

“I didn't do anything wrong, Sir. Everything I did, I did for you.” Her breathing was ragged and her face was wet with tears.
He repositioned her once more, pulling her panties down to her knees. “Then you will need a bit more encouragement.” The extended toy brushed along her soft, puffed out lips before he moved her back, letting just the head push into her inner walls. 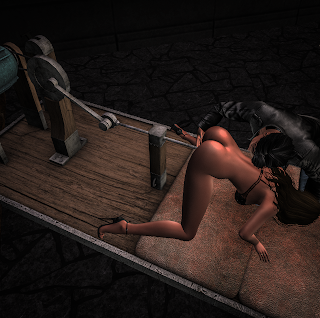 “Oh god, Sir. Can't I just have you?” her look pleaded, but he would not give her that. Not until she understood.